Lokomotiv Kuban Krasnodar comes off a very strong campaign in which it paid a high price for some key losses late in the season. Lokomotiv had a near perfect Eurocup season, as Derrick Brown, Anthony Randolph and Malcolm Delaney led the club to a new record for most consecutive wins in the competition with 20. A 58-79 quarterfinal loss against Unics Kazan, however, prevented the team from going further. Lokomotiv had a very strong VTB League regular season too; it finished third with a 21-7 record and took a 2-1 lead in the best-of-five semifinals against Eurocup champion Khimki Moscow Region. However Lokomotiv lost Game 4 at home and Khimki finished off the series. Originally known as Lokomotiv Mineralnye Vody, the team from the North Caucasus region produced a number of strong youth talents over the years since its inception in 1946, but did not make its European debut until the 1998-99 Korac Cup. A year later, Lokomotiv picked up its first major title, the Russian Cup. After back-to-back third-place Russian League finishes, Lokomotiv nearly shocked Europe in 2002 after reaching the Korac Cup finals where it lost to SLUC Nancy. In 2003 the club officially moved to the city of Rostov, and made it to the FIBA Europe Cup title game in 2005, but lost to CSU Asesoft Ploiesti. Lokomotiv continued to make the Russian League playoffs and advanced several stages in various European cups before moving again in 2009, when Krasnodar became its home and the club rebranded as Lokomotiv Kuban. The team reached the Russian League semifinals for the first time in 2011, while plowing through to the FIBA EuroChallenge final before losing against Krka. Four seasons ago, in its Eurocup debut, Lokomotiv made the quarterfinals, and added a VTB League final four appearance. What followed was a historic 2012-13 campaign, in which Eurocup MVP Nick Calathes guided the team to the Eurocup title game. Once there, Lokomotiv topped Uxue Bilbao Basket 64-75 behind 14 points and 9 rebounds from Eurocup Final MVP Richard Hendrix. Lokomotiv made its Euroleague debut in the 2013-14 season and reached the Top 16, but missed out on the playoffs via point difference. Lokomotiv has been a rising power in European basketball and will have the chance to confirm that in the 2015-16 Turkish Airlines Euroleague. Lokomotiv Kuban at 1st place Euroleague in Group C after 3 weeks

This will be the first ever meeting between the sides.

Justin Carter has made 17 consecutive free throws in Euroleague action.

Malcolm Delaney was named Turkish Airlines Euroleague MVP for October after leading Lokomotiv to a perfect start to the season.

Delaney leads all players through three weeks this season with a scoring average of 20 points per game.

Malcolm Delaney has made at least 1 three-pointer in seven of his last eight Euroleague appearances.

Delaney has made at least 1 three-pointer in seven of his last eight Euroleague appearances.

Victor Claver has scored in double figures in each of his last five Euroleague appearances.

Claver has recorded at least 1 steal in 12 of his last 13 Euroleague appearances. 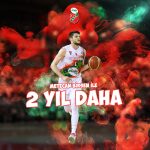 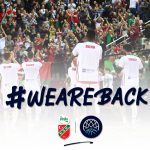 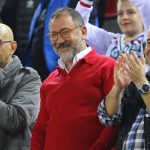 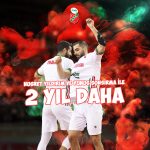 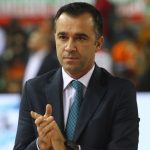